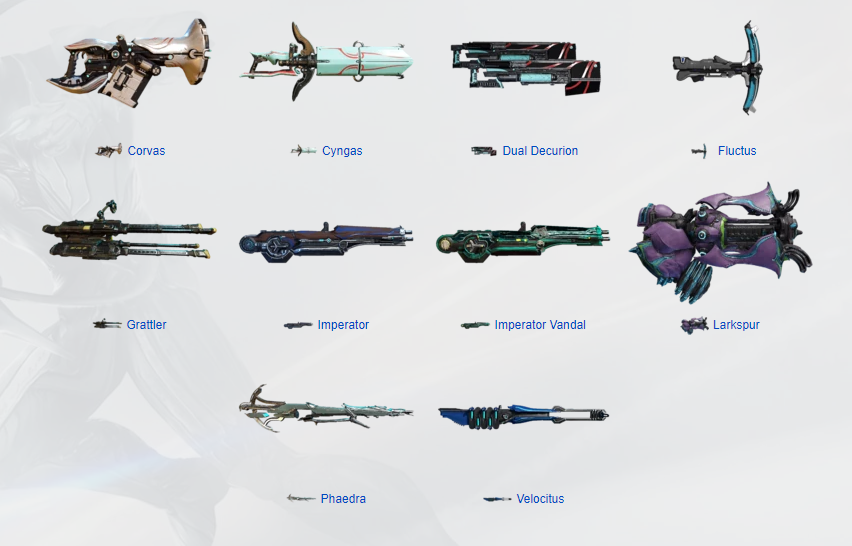 Arch-guns are heavy weapons, most frequently used in zero-gravity Archwing combat. Unlike traditional Warframe weapons, Arch-guns have no separate ammo reserve or magazine in Zero-G, instead having a regenerating magazine whose contents replenish to full when the weapon is not firing. The delay from ceasefire to replenishment and the speed of ammo regeneration varies between different Arch-gun models. Because they have no ammo reserves in their normal usage, Arch-guns essentially have unlimited ammunition and thus do not require replenishment from ammo pickups.