After purchase you will recive 50 Exalted+500 Chaos.
This is the pack of the most useful currency in the game.

With Chaos Orbs you can reroll all modifiers on a rare item while crafting. They are also highly important for trading as they are considered to be "silver standard" in the game economy.

You can get Chaos Orbs by farming. However, even the most skilled players can get only 30 pieces in an hour. The number is not enough for crafting gears by Chaos spamming. 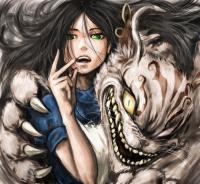